I have this weird idea on using DOTA heroes for Soul Calibur IV, so I made some custom characters. Here are some Playstation 3 screenshots. 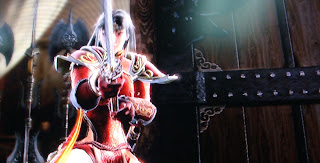 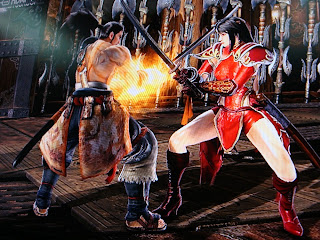 Even sexier, the dangerous SimonCPU in his attack stance: 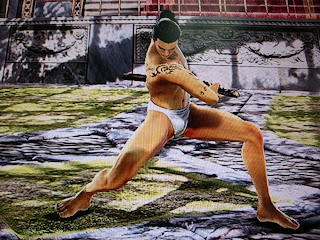 I used Mitsurugi Heishirō as the base character for Lina Inverse, because his affinity with fire jibes with Lina's Dragon Slave and Light Strike Array. Mitsurugi's lightning special move also jibes with Lina's Laguna Blade. I was hoping to use Algol because he can fly just like Lina, and his mode of attack is by channeling energies through his body. Unfortunately, Algol is not available as base character.

I also made Rylai Crestfall using Kilik as the base character, but I don't have her screenshots.
at 6:31 PM No comments:
Labels: autistic thoughts
Newer Posts Older Posts Home
Subscribe to: Posts (Atom)