I was browsing at Heroku's services and I was a bit appalled but amused on how they were able to market simple sysadmin tasks into expensive products. I mean, $3/month for a simple cronjob entry? $100/month for SSL config? $3500/month for memcache? $6400/month for PostgreSQL? Whoever thought of this must be an effin' genius! Seriously. And I'm not being sarcastic.

Anyway, it inspired me to think of creative ways on how to make money. I won't execute my "plan", but it's a good mental exercise. Ladies and gentlemen, I present to you my business plan:
LOLOLOL

(Update: To make this ethical, we need to give external investors the option to invest in the platform services.  Letting the startups use the services would make the services popular, thereby attracting customers that the investors didn't invest in.  Therefore, the external investors may end up profiting or at least reducing the risk of their investments.  I started this post as a joke, but maybe this would work in the real world, especially if we build a community [cult? hehe] around this.)
at 11:05 PM No comments:
Labels: ideas, troll, weirdness

At last, I have finally found the solution to the GCHQ Code Cracking challenge.  After running an analysis on the above code, I discovered that it contains a message that is encrypted with a simple ROT13 cipher, which is:

The last step for decrypting the above code is left as an excercise to the reader.
at 7:06 PM 6 comments:
Labels: cipher, code break, gchq

I've been trolling the IRC channels with silly "business ideas", so I think I should paste them here in my blog.  It might inspire me to create a realistic business idea someday.  Hehehe...

Chrome extension and back-end engine implemented by yours truly.  If you need someone to implement your idea into a Google Chrome extension, please contact me at
at 12:39 PM No comments:
Labels: freelance

LOLz... the political simulation game that I'm playing right now is so relevant.  It even has an "RH Bill" issue that I need to decide on.

I'm pro-RH, but since this is my nation, I chose to simply dismiss this issue because I don't believe in using taxpayer's money to subsidize other people's condoms.  Socialism is an Epic FAIL.  As a matter of fact, my 0% income tax reflects my philosophy of, "Do WTF you want with your own money!"

If I am anti-Socialist, then why am I pro-RH?

Well, let me discuss this issue from a point of view of a computer programmer.  Programmers are systems thinkers who approach problems as parts of an overall system.  When implementing a solution to a particular problem, we programmers usually have to choose between two solutions: the elegant solution or the kludgey solution.

Elegant solutions take time and are very costly to implement, but the end result is beautiful code that feels "correct".  Elegant solutions often involve rewriting everything from scratch to free yourself from the limitations of badly-written code (i.e., if your site is too slow, don't use Drupal; use a lightweight framework instead lol).  Kludgey solutions, on the other hand, might take only a dozen lines of code to implement, but you need to accept the maintenance headaches and side-effects that it would bring.

Going back to the RH bill issue, we see that our Philippine government is attempting to solve the problem of poverty via population control.  The RH bill subsidizes Filipinos by providing free condoms and health care.

I don't agree with the RH Bill because it's a kludgey solution.  The elegant solution is to abolish all taxes and state subsidies (including free education, health care, and food subsidies), abolish the minimum wage law, rewrite the constitution to encourage foreign investments, and dismantle the government such that only the absolute minimum is left.  Filipinos can buy condoms and birth control pills using their own money.  If they want to make babies, then go ahead-- let them go forth into the world and multiply.  Let them multiply as many times as they like but they shouldn't expect the government to feed and take care of them.  They're on their own.

The problem with our present system is that the government subsidizes the needs of the people.  It can't subsidize effectively because money doesn't grow on trees.  To put it bluntly, the Philippines is poor and can't provide the needs for all people.  Allowing the population to grow fast and letting the government subsidize them isn't sustainable; it will lead to system failure because we'll run out of resources.  Just like a badly-written program with memory leaks, the Philippines will crash if you let it run with sustained and increasing load.

I can't understand why the Roman Catholic church is so opposed to this bill.  They keep on preaching about the morality of sex and on how birth control pills are abortifacients, but do you hear them propose an alternative solution to the country's problems?  Is the Catholic Church willing to subsidize the needs of Filipinos instead?

Thus, in lieu of an elegant solution that would abolish Socialism in the Philippines, I pragmatically accept that the kludgey and doable solution is to control the population using the current Socialist structure of our government.  Restructuring the government may be the correct elegant solution, but expecting it to happen immediately is impractical.  Let's pass the RH Bill instead.  Let's fight Socialism with Socialism.

Anyway, here's the political simulation game that I mentioned earlier:

I don't know if I should be happy or not.  In the political simulation game, my nation has been reclassified from "Benevolent Dictatorship" to a "Capitalist Paradise" because of my policies.  Dictatorship was waaaaaay cooler. Hehehe... Anyway, here's my current nation.  I'm quite surprised that it accurately reflects my view of an ideal society (except for that deforestation part though; also, it's quite obvious that I'm not a pacifist hehe):


The Empire of SimonCPU is a large, economically powerful nation, remarkable for its complete absence of social welfare. Its hard-nosed, hard-working population of 88 million are either ruled by a sleek, efficient government or a conglomerate of multinational corporations; it's difficult to tell which.

There is no government in the normal sense of the word; however, a small group of community-minded, pro-business individuals concentrates mainly on Law & Order, although Commerce and Defence are on the agenda. Income tax is unheard of. A powerhouse of a private sector is led by the Book Publishing, Automobile Manufacturing, and Information Technology industries.

Protesters are up in arms over new nuclear power stations, long arduous trials are held for the most trivial of offences, councils up and down the country wrangle over legal matters, and the armed forces are locked in an expensive and bloody war abroad to stamp out possible terrorists. Crime -- especially youth-related -- is crippling. SimonCPU's national animal is the Dragon, which teeters on the brink of extinction due to widespread deforestation, and its currency is the Bit.

at 1:35 PM No comments:
Labels: libertarianism

In software testing, the term "boundary case" is used to refer to the behavior of a system when one of its inputs is at or just beyond its maximum or minimum limits. I'm testing my ideology for bugs right now. If it's still functioning when used with boundary cases, it means that it's a good ideology.

In the previous post I asked myself, how can we protect animals without needing the government to do it? I think the answer is advocacy.

Why do I think that anti animal cruelty laws don't make sense? Well, I believe that it doesn't hold up to boundary cases. I mean, it's kindda silly why it's wrong to maltreat animals but it's perfectly alright to kill them. To me, there's nothing more cruel than killing an animal.

I love dogs, and I believe that we shouldn't eat them. But hey, it's my belief... Neither I nor the government has the right to impose this belief on others. The best that we can do is to influence others not to eat dogs through advocacy.

Why is an anti animal cruelty law silly? Well, let's test it using boundary cases. Why single out dogs among other animals? What makes them so special? Does this thing that make them special have an objective basis? Why not ban pork or beef meat? If you ban dog meat, it means you need to ban all types of meat as well. Why not ban fish too? They're also animals. Why ban animals only? What makes them so special? Plants are living things too. Why not ban plants too?

I'm sure there's a logical fallacy in there somewhere, but I'm too sleepy... Weeeeeeee...
at 2:40 AM No comments:
Labels: troll

I'm playing a political simulation right now.  It's a simple game where you get to decide on what actions to take in order to create a nation of your own liking.  Right now, I've managed to create a Benevolent Dictatorship society with superb civil rights.

I'm having trouble reconciling an issue with my ideology though.  I've always believed that government should stay out of people's lives in order to move the country forward.  Based on this principle, I have trouble deciding if the government should pass anti-cruelty laws.

I think the most logical answer is YES.

The government doesn't have the right to tell people what to do with their own property but it's society's job to prevent animal cruelty.  Blah, I'm still not convinced.  I think I should read more about this issue... blah blah blah...

Below is the issue that I'm talking about: 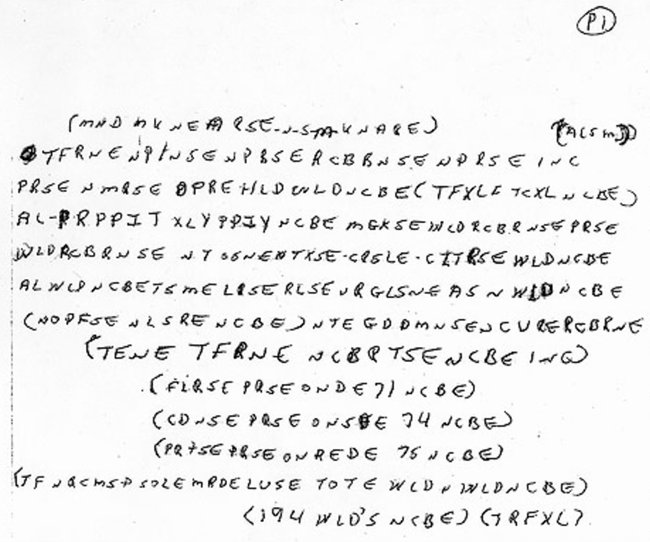 Hi everyone! I finally solved the mysterious encrypted note that the FBI posted a few days ago. The contents are a bit sensitive, so I'm encrypting it with ROT13 to prevent Google from indexing it. Here it is: